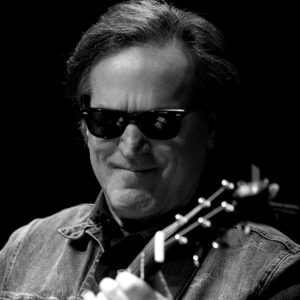 Kevin Walsh hails from that melting pot mecca of music known as Wilmington DE.  He’s highly respected as a guitarist, songwriter and all-around nice guy. Kevin has played in such legendary Delaware bands as Shytown, The Melton Brothers with Alfie Moss, The Dominos and Vinyl Shockley. He is also an accomplished mandolin and dobro player. Aside from his musical talents, Kevin is the owner of Hammerhead Studios and is a well respected session guitarist, recording engineer and producer. Kevin has worked on numerous recording projects over the years some of which have enjoyed national success.  He is also the owner of the indie label, Plus 5 Records (Sony/BMG/RED). Kevin’s musical influences span many genres of music, all of which help form his eclectic approach to guitar slinging and songwriting.