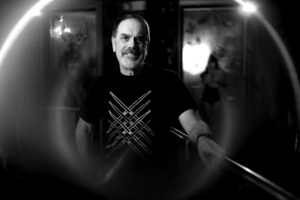 Glenn discovered drums at the age of 12.  At 15, he was playing regularly with a country & western band where every other member was at least twice his age.  Two years later, he was a founding member of Skyband, a 9 piece horn band covering, among others, Chicago, Tower of Power, and Cold Blood.

Glenn has had the honor of expressing his musical talents in church as a tenor in the choir and as a cantor.  This eventually led to an original project creating, recording, and performing Christian music in a band called Isaiah’s Fool.  Glenn was drummer and vocalist, as well as recording and mixing engineer with this project.

More recently, Glenn has kept busy musically as a member of Montana Wildaxe, What the Funk, Best Kept Secret, 3 Hour Tour, and, of course, Stone Shakers.